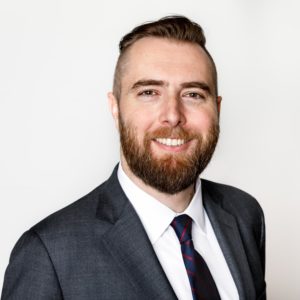 Mr. Gans rapidly rose to the position of Executive Vice President at NYCEDC where he began his tenure as a
project manager executing transactions, including Essex Crossing, Cornell Tech and Memorial Sloan Kettering’s
Koch Center for Cancer Care. As Executive Vice President he closed over $3 billion of transactions at NYCEDC
while overseeing the implementation and development of numerous projects including the Spofford Live Work
Campus in Hunts Point, a former juvenile detention center that will be transformed into a campus containing
700 residential units, 50,000 sf of light industrial space, and open space; the Long Island City waterfront mixeduse redevelopment at 44th Drive and Vernon Blvd, which will contain 1,000 residential units, 500,000 sf of commercial office and light industrial space, a new public school and over an acre of open space; and Caton
Flats in Flatbush, a mixed use building with 250 residential units, an expanded and renovated Flatbush Caton
market, and incubator space.

Prior to joining NYCEDC, Mr. Gans spent six years at Bovis Lend Lease where he served as construction manager
for over 1.25 million square feet of ground-up residential development projects and provided preconstruction
services across a variety of commercial office, hospitality, senior living, and multifamily projects.

Mr. Gans received his MBA from the Wharton School at the University of Pennsylvania and a BS in Civil
Engineering from Northwestern University
Matthew Messinger, President & CEO of Trinity Place Holdings stated: “Charles is a tremendous addition and
asset to our leadership team. His wealth of construction, development and public-private partnership
knowledge and experience in the New York Metro market will serve to ensure that our vision for 77 Greenwich
and other projects are realized. I welcome him to the Trinity family.”

Trinity Place Holdings Inc. (the “Company”) is a real estate holding, investment and asset management
company. The Company’s business is primarily to own, invest in, manage, develop and/or redevelop real
estate assets and/or real estate related securities. As of September 30, 2017, the Company is developing a
mixed-use condominium at 77 Greenwich Street in Lower Manhattan, which is one of Lower Manhattan’s
premier development sites. The Company also owns a shopping center located in West Palm Beach, Florida
and retail in Paramus, New Jersey as well as a 50% interest in The Berkley, a Williamsburg, Brooklyn, located
multi-family property. Trinity Place Holdings’ intellectual property includes rights related to the Filene’s
Basement trademarks. In addition, the Company also has over $230 million of Federal tax net operating losses.
Several of its current assets are the legacy of certain Syms Corp. and Filene’s Basement holdings as a result of
those companies having emerged from Chapter 11 bankruptcy under a plan of reorganization in September
2012. The Company also is under Contract to purchase 237 11th Street in Brooklyn. More information on the
Company can be found at www.trinityplaceholdings.com and on our residential properties at
http://theberkleybk.com/ as well as www.237eleventh.com

This press release includes forward-looking statements within the meaning of Section 21E of the Securities
Exchange Act of 1934, as amended, and the Private Securities Litigation Reform Act of 1995. These forwardlooking statements include, but are not limited to, statements about our plans, objectives, expectations and intentions that are not historical facts, and other statements identified by words such as “may,” “will,”
“expects,” “believes,” “plans,” “anticipates,” “opportunity,” “current,” “seeks,” “estimates,” or “potential,” or
the negative thereof or other and similar expressions. These forward-looking statements are based on current
expectations and projections about future events and are not guarantees of future performance or results and
involve risks and uncertainties that cannot be predicted or quantified, and, consequently, the actual
performance of the Company may differ materially from those expressed or implied by such forward-looking
statements. Such statements reflect our current views with respect to future events, the outcome of which is
subject to certain risks, including among others, risks related to timing and costs associated with construction
of the 77 Greenwich property, which could exceed our current estimates. For a more complete description of
these and other possible risks and uncertainties, please refer to our Annual Report on Form 10-K for the year
ended December 31, 2016, as well as to our subsequent filings with the Securities and Exchange
Commission. The forward-looking statements contained herein speak only as of the date hereof, and we
assume no obligation to update any forward-looking statements, whether as a result of new information,
subsequent events or otherwise, except as required by law.