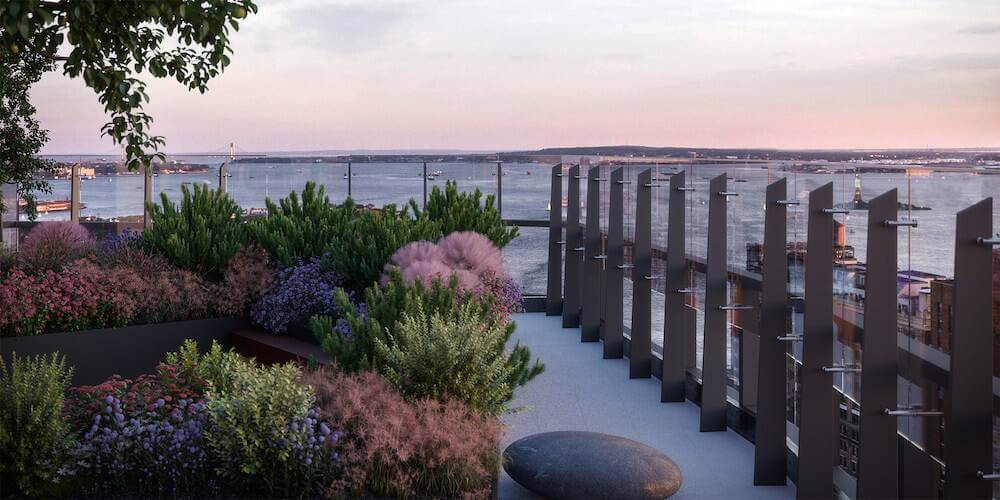 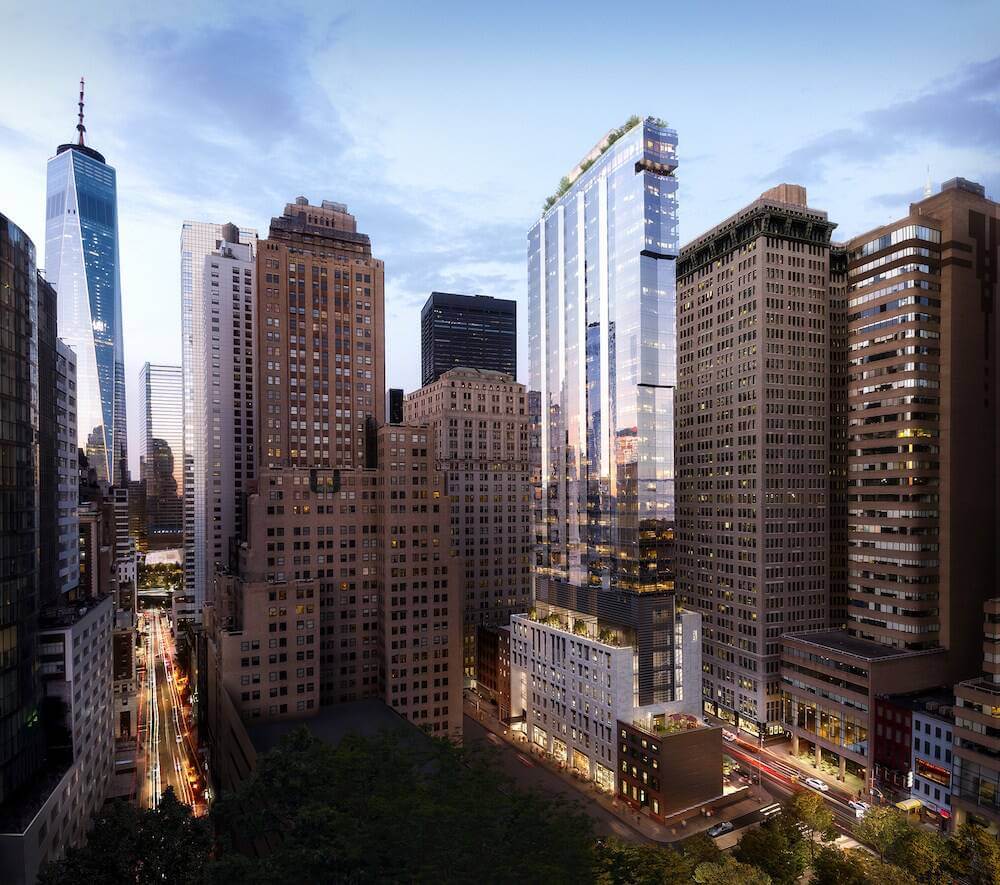 A decade after plans to replace the old Syms discount store on Trinity Place with a skyscraper were first announced, the project is finally coming to fruition. Construction has begun on the site, and now, there are new details and renderings for the development.

Now known at 77 Greenwich, the 500-foot, 42-story building rising from the ashes of the former Syms will be designed by FXCollaborative, and will have a slender glass tower rising from a blockier base. That base will also feature a new elementary school that will include the restored Robert and Anne Dickey House, which dates back to the early 19th century. The Federal-style building has been in bad shape for several years, although when it was first built, it was likely considered one of the nicest homes in Manhattan.

In the condo portion, which will begin about 15 stories above ground, there will be 90 apartments, a mix of one-, two-, three-, and four-bedrooms, with interiors by Deborah Berke Partners. While details on the interiors aren’t yet available, given Berke’s previous work—at 40 East End Avenue, 432 Park Avenue, and other high-profile projects—they’ll likely be quite luxurious.

Building amenities will include multiple outdoor areas (including a rooftop garden), a fitness center, a dog run, and private dining room.

Though a tower has been rumored for the site since 2008, Trinity Place Holdings, the project’s developer (which materialized after Syms declared bankruptcy in 2011), has been actively working to develop it for the past few years. At one point, a supertall was rumored for the property. But in 2016, concrete plans emerged and were given the Landmarks Preservation Commission’s stamp of approval.

If all goes according to plan, construction should be complete by 2020, when closings are slated to begin. Sales will launch in the spring of next year. 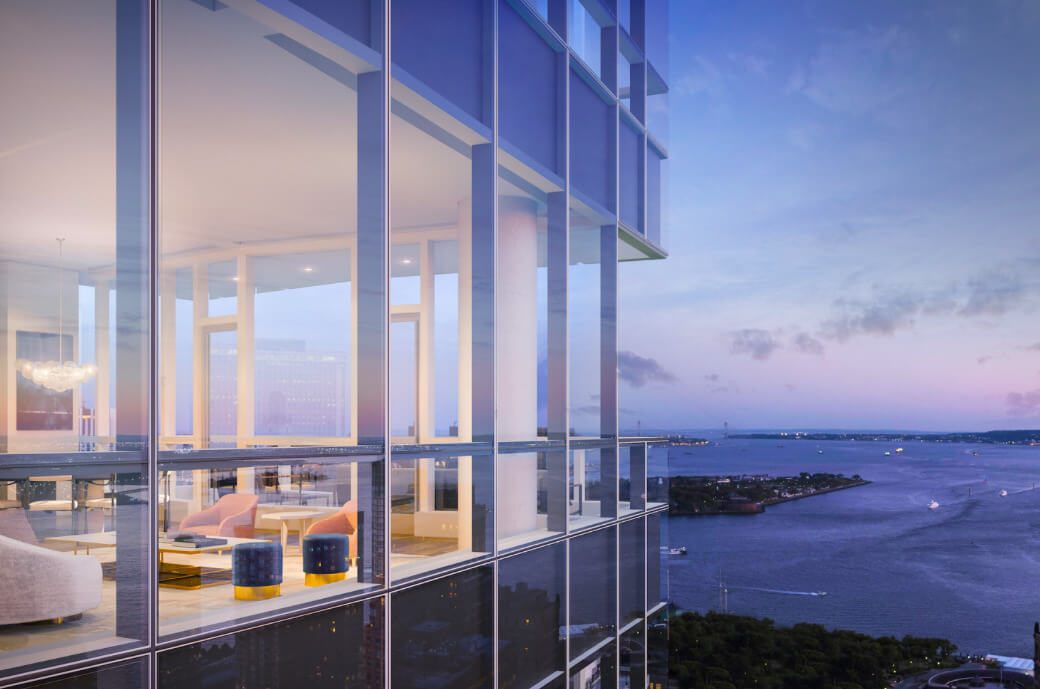